This blog post looks at what impact social media monitoring could have on crime-fighting, particularly in the wake of the recent riots in the UK.

The 2002 Stephen Spielberg film Minority Report is set in a sci-fi world which police have the technology to see into the future to predict when a person intends to commit a crime, and are able to arrest and imprison the would-be offender before any crime actually takes place. If the recent UK riots are anything to go by, that technology may already be in police hands, thanks to the emergence of new and powerful social media monitoring tools.

This blog post looks at what impact social media monitoring could have on crime-fighting, particularly in the wake of the riots in London and other parts of the country last week.

On Monday 8th August the Sun newspaper led with the headline ‘The Twitter Riots’, claiming that social networking was responsible for the widespread looting in London and calling for police to be given powers to shut down these networks during periods of civil unrest. As ever, the knee-jerk tabloid press demonization of technology was way off the mark.

In truth, shutting them down was the last thing the police would have wanted to do, and in all likelihood champagne corks would’ve been popping at Scotland Yard the moment they realised that this is how the rioters were communicating. While social media may give users the ability to interact and share information quickly and simply on laptops and smartphones, it also makes them incredibly easy to monitor and track down.

Social Media Monitoring is one of the most exciting growth areas in technology at the moment. It has sprung up in the last couple of years to meet the desire of businesses to see what is being said about them online, but the potential of this technology is much more vast and far reaching than that.

Today’s police have an opportunity to latch on to it as a way to keep track of what people are saying in social media, and recent evidence suggests this is what they have now started to do. Already several youths have been charged with trying to incite riots online, including one who set up a Facebook page calling for rioters to gather in Northwich town centre, only to get there and find the police waiting to arrest him. They had found his page by monitoring the social sphere and were able to stop the wannabe rioter in his tracks, before he’d so much as looked covetously at a TV in shop window. It was Spielberg’s vision come true.

As well as locating individual troublemakers and rabble-rousers online, social media monitoring can also be used for identifying overall trends and patterns in online behaviour. Using a couple of the social monitoring tools we’re currently working with at Key Multimedia HQ, I was able to chart exactly how the social networks responded to the London riots between the outbreak of disturbances on 6th August and the end of the riots on 11th August. I used the search string “London AND riots”, meaning that I could pull in all posts made in that time period that contained both of those words. We can see from the daily mentions graph just how quickly the mentions rose after the 7th August, reaching a peak on 9th, when the riots in London were at their height. By the night of the 8th, the police had flooded the streets and London had started to calm down, while the riots spread to other cities in the UK. This is reflected in the timeline, which shows a significant drop-off in the volume of chatter discussing the London riots at this point in time.

As for the share of mentions, the data shows that the majority of people discussing the riots were doing so on Twitter. The instant nature of this platform makes it ideal for fast-moving events such as the riots, as worried London residents desperate for information would have found much more up to the minute (though not always reliable) news on Twitter than they could expect to get from even the 24 hour TV news channels.

A smaller number of people were discussing the riots on Facebook, and within days of rioting breaking out there were thousands of videos being uploaded on Youtube recording the carnage in London, many of them recorded and uploaded instantly via smartphones.

The ‘buzz graph’ is a useful tool for displaying which other words are being most commonly mentioned alongside my chosen search terms. So we can see in the centre the word ‘Tottenham’, which was the subject of a lot of mentions because it was borough where the unrest first kicked off. This is strongly linked on the graph with terms like ‘violence’, ‘injured’, and ‘loot’ – words which reflect the escalation of disorder in the days after the first incident in Tottenham.

Also linked are words like ‘Duggan’, the surname of the man whose shooting by police sparked the violence, and other terms like ‘protest’, ‘criminality’, and ‘race’ reflecting other dimensions to the discussion as people began to talk about the possible root causes for the riots.

Monitoring the social sphere in this way could potentially offer valuable insights to the authorities, and could help shape the way they react and respond to unexpected events. This goes not just for the police, but also the fire service, hospitals and other organisations, who could use insights from social media to improve the services they provide for the public.

As well as monitoring conversations and analysing data patterns, there is also an opportunity for the police to take advantage of social media as a way to engage with and reassure the community in times of civil disorder. This was something several of the more forward-thinking forces were able to do during the riots, by using their official Twitter feeds to assuage public fears and dismiss hoaxes in parts of the country where rumour-mongers erroneously claimed riots were taking place.

This is also a way to bring a more human side to the police force, opening up a new channel to make them more answerable and open to the public. Just as everyone likes to see a friendly local police officer on the beat in their neighbourhood, having a prominent and approachable local police presence on Twitter is a great way for them to listen, learn and engage with the community.

Lessons from the Riots

The response to the riots suggests the police are now perhaps beginning to wake up to the extraordinary power of social media as a tool for communication and sharing information. The kids who took part in the rioting, despite their heads being emptier than a looted Dixons outlet, are already fully aware of these tools and how to use them, and it seems as though the police are now finally starting to catch up, and are now for the first time fully recognising the importance of these new technologies.

I talked in depth about the uses of social media monitoring for marketing on a previous blog post. If you have any questions about monitoring or would like to discuss how it could help your business, why not give us a call on 01305 542000.

See all of their writing here

See all of their writing here

David has to make the tea every time you share this article, help us out! We're thirsty!

Read all of our articles ‐

A Day Trip to Portland 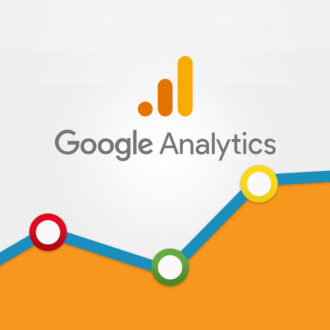 Read all of our articles